The USB or the Universal Serial Bus is one of the most handy inventions of the 21st century. The tiny little thing has had a huge impact on our lives, becoming a standard that would soon be the hub that connects everything. You would be surprised to know that its creators really didn’t expect it to be the game changer it became in the years to come. Now they are everywhere.

Here is the thing about USB ports, they are incredibly useful. They can be sent to use data and more importantly send power. This led to the rise of USB gadgets that are incredibly helpful. All you need is a USB port for power and you can do so much. USB gadgets are versatile and some of them are simply wild. But there are black sheep in this family, like any other normal family and they are some of the most useless junk ever to have a USB cable attached to them.

If there ever was a competition for the worst USB gadget ever made or the most useless USB gadget ever made, then this would be the clear winner and by a mile. The eco button is a USB device that puts your PC on stand by when not in use. It does sound like an amazing device, but here is the catch.

You have to press the button manually to put it on stand by and you already have one of those…. ON THE PC!! So you can tell how useless it is, pure marketing stunt. 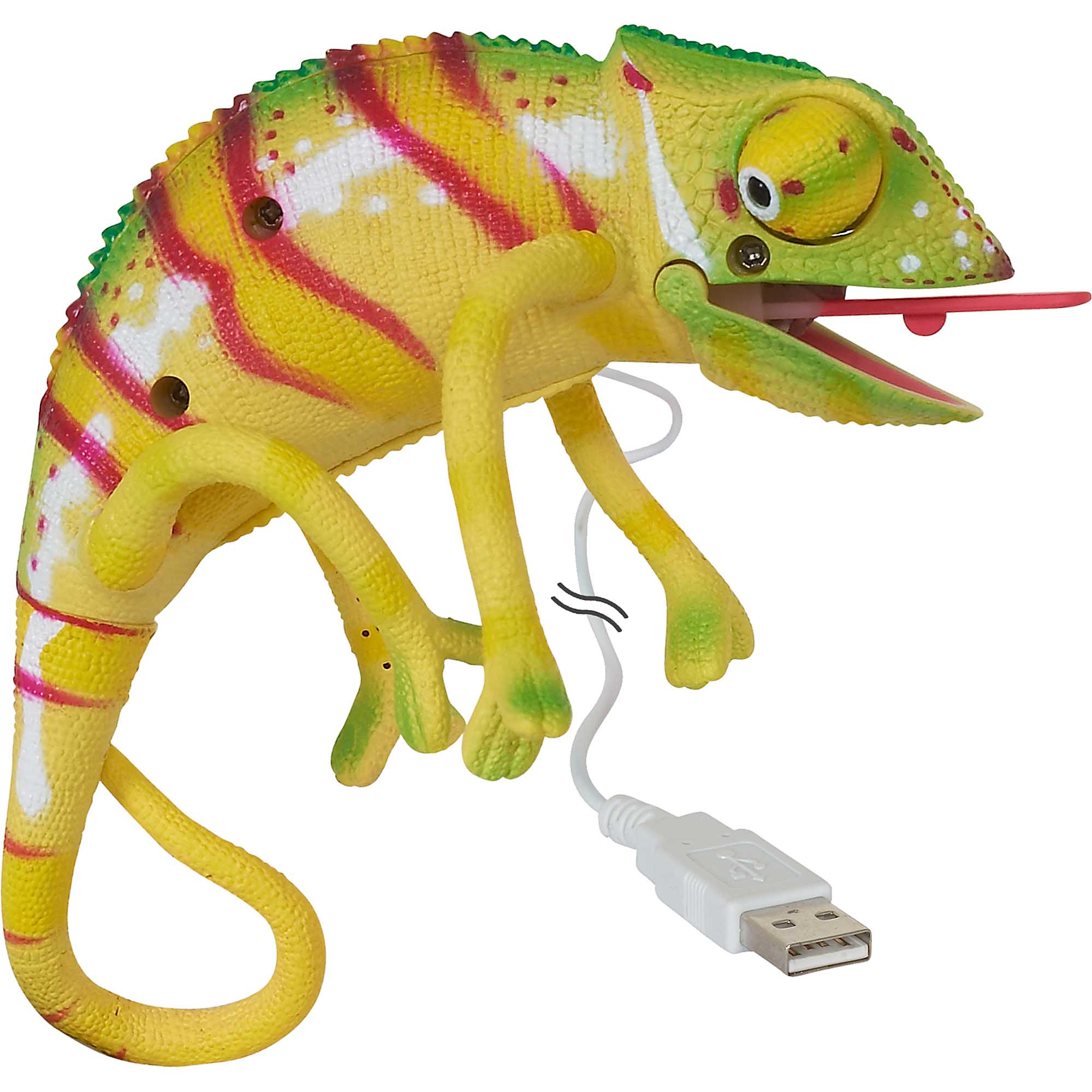 Ah, whenever I look at this, the realization that they can sell you the most useless stuff hits me like a wall. The USB chameleon is exactly what it sounds. A stuffed chameleon stuck to a USB cord. You might think that it might be a fun addition since it will change colors and stuff. Sorry to disappoint you, it does not do any of that or it wouldn’t have been on this list.

I am not really sure what this one is even called. It is clearly Japanese and clearly useless. It is basically a USB dan the size of your thumb and you stick it on to your tie so that your head does not feel warm. Wait, what. Yeah, USB tie fan thing is that crazy.

I never really understood what this device was supposed to even be. To me it looks like a half-finished product. Maybe you could have done something, but the creator went, ‘why bother’ by just looking at it. It is a plastic figure with LED’s in it that make the eyes and mouth, basically the face, glow.